Box leagues normally take significant time to manage, especially when transitioning from one competition to the next. Not anymore. With SportyHQ, your box leagues will run like a well-oiled machine. 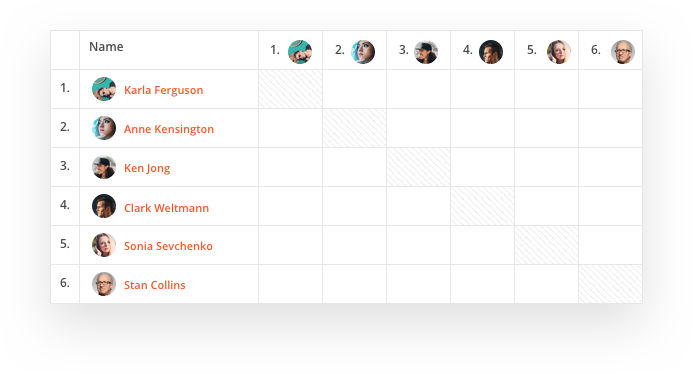 What is a box league?

If you’re unfamiliar with the box league format, it is essentially a round robin, split up into divisions. Most box leagues require players to complete a series of matches against other players in their division, within a set time period (typically one month). At the end of each box cycle, players move up, down or remain unchanged based on their results. 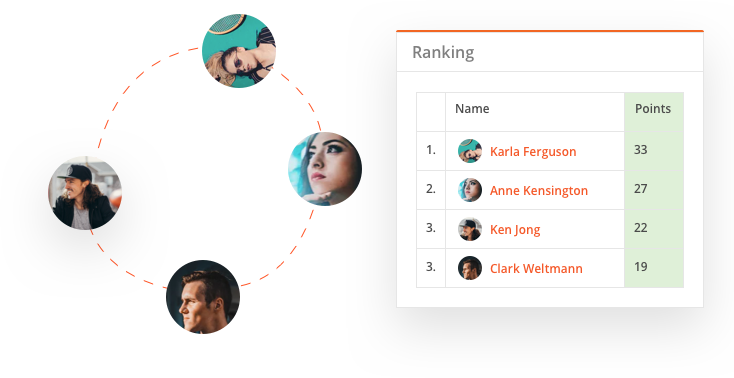 Why you should consider box leagues…

The box league format is great for getting people to play a good variety of players, in a competitive environment, on a regular basis. It’s fantastic for new members, as it gets them interacting with your members quickly. It also helps increase court reservations as players try to complete all of their games within your set time frame. 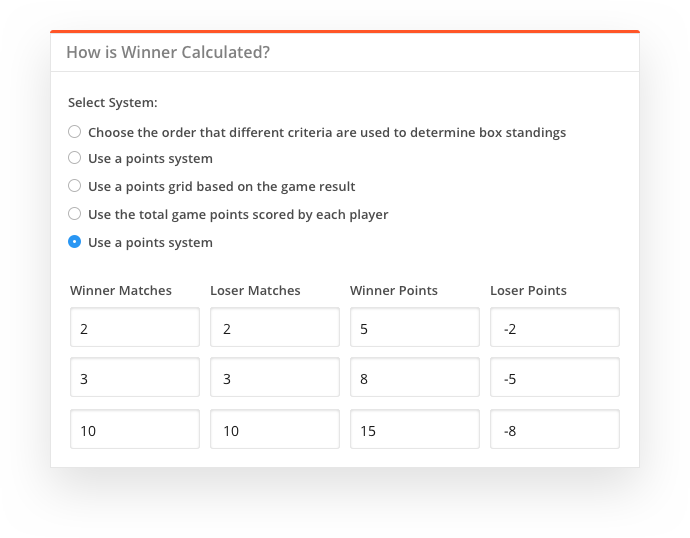 Choose from a variety of scoring options:

Let players opt in or out of your box league

If you enable this feature, your club members will be able to opt in or out of your box league. When it comes time to schedule your next box cycle, you’ll see a list of new participants ready to play while those who opted out are automatically removed. Members can opt in or out with one click. 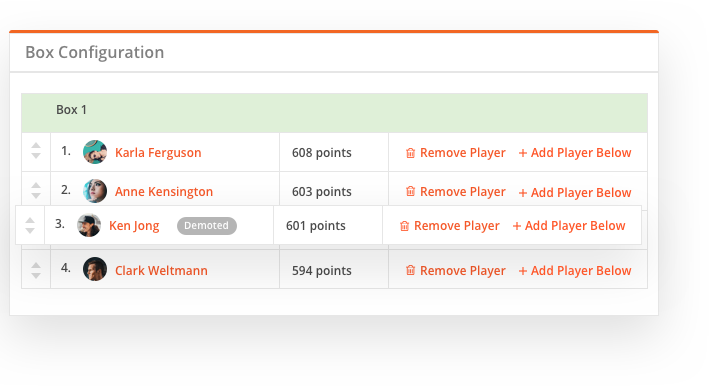 Move from one competition to the next in minutes…

With SportyHQ, moving from one box cycle to the next takes mere minutes. SportyHQ helps you promote or demote people automatically, add in or remove players and quickly and drag ‘n drop players into their appropriate divisions. 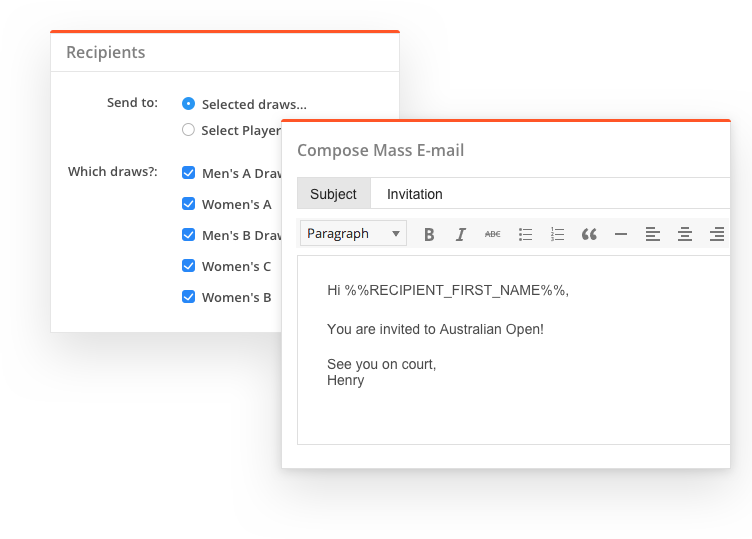 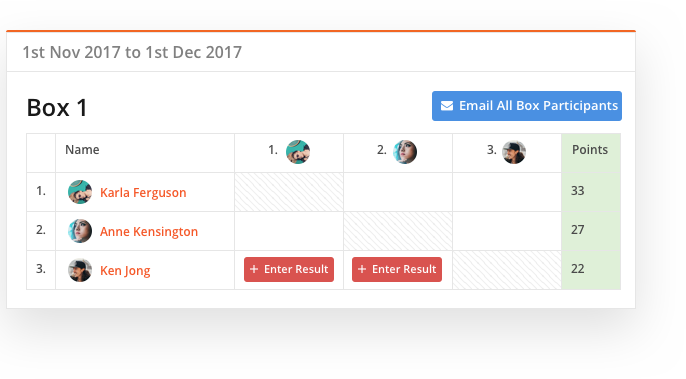 Ease your administrative burden by letting players enter in their own match results. Whenever a result is entered, email notifications are sent to both players so that any errors can be resolved quickly.

Ready to get started?

Just add your club or facility to SportyHQ by clicking here.