Announcements
Draws
View Placings and Points
Recent Results
About
Milites is the Latin word for "warrior" so it is in fact the warriors open. True warriors have the following character attributes.....mental, spiritual, and physical strength and the courage to endure and persevere untill the end.
The tournament has been running for approximately eight years now!

Gauteng North Milites - The Warriors Open
C u in the Arena at Rietondale and Premiere Tennis Academy
Where Courageous battles will take place
Till one Warrior Remains
Undefeated!
His or her reward
will be
" Fearless Warrior"
Conferred!
With a real sword! 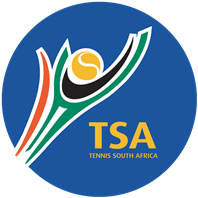 This is a Tennis South Africa sanctioned event.

We've got a brand new look!

From the SportyHQ team, we sincerely hope you enjoy this update and are ever grateful for your continued support.